At a recent GKEF meeting, Karim Koumbassa shared some news about how the Guinea Kids students are faring in their new school, Nimba Elisa. 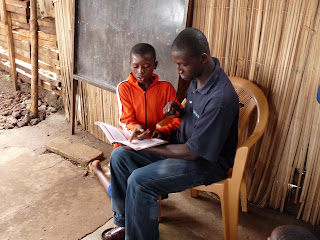 Youssouf, Karim’s 14 year old brother, asked to speak on the phone to Karim. After just a few months in his new school, Nimba Elisa, Youssouf began speaking in French, not Sousou, to Karim. He then said, in French, “Brother, let’s talk. Can you speak English?” Karim was moved to tears that Youssouf was so proud of his new learning that he wanted to talk with him. About school, Youssouf said, “If we had started at school earlier, it would have been so great.” He really likes his teachers and says, “They are good at teaching. They don’t shout at us.” 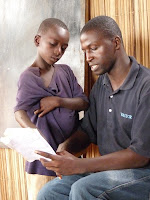 Kheraba is a quiet boy who didn’t know how to read. He is shy and doesn’t say much. Guinea Kids has been funding his schooling for a year and a half. No one in his neighborhood had any idea how smart he was! Out of all the children GKEF is sponsoring, Kheraba is doing the best in school and appears to have surprised everyone with his blossoming!

In this photo, Soumah, GKEF’s new tutor, reads with Kheraba in the Homework Space. Soumah is working with the children this summer to get them caught up and ready for the next school year. So many of these children who have attended very little school or who have never been to school before GKEF’s sponsorship have much extra work to do to be learning at the level of their age group peers. Providing quality tutoring for them has been and continues to be essential for their success and confidence in school. GKEF is so proud of all the work they are doing and is grateful to have a dedicated tutor in Soumah.

The Guinea Kids: In Their Own Words 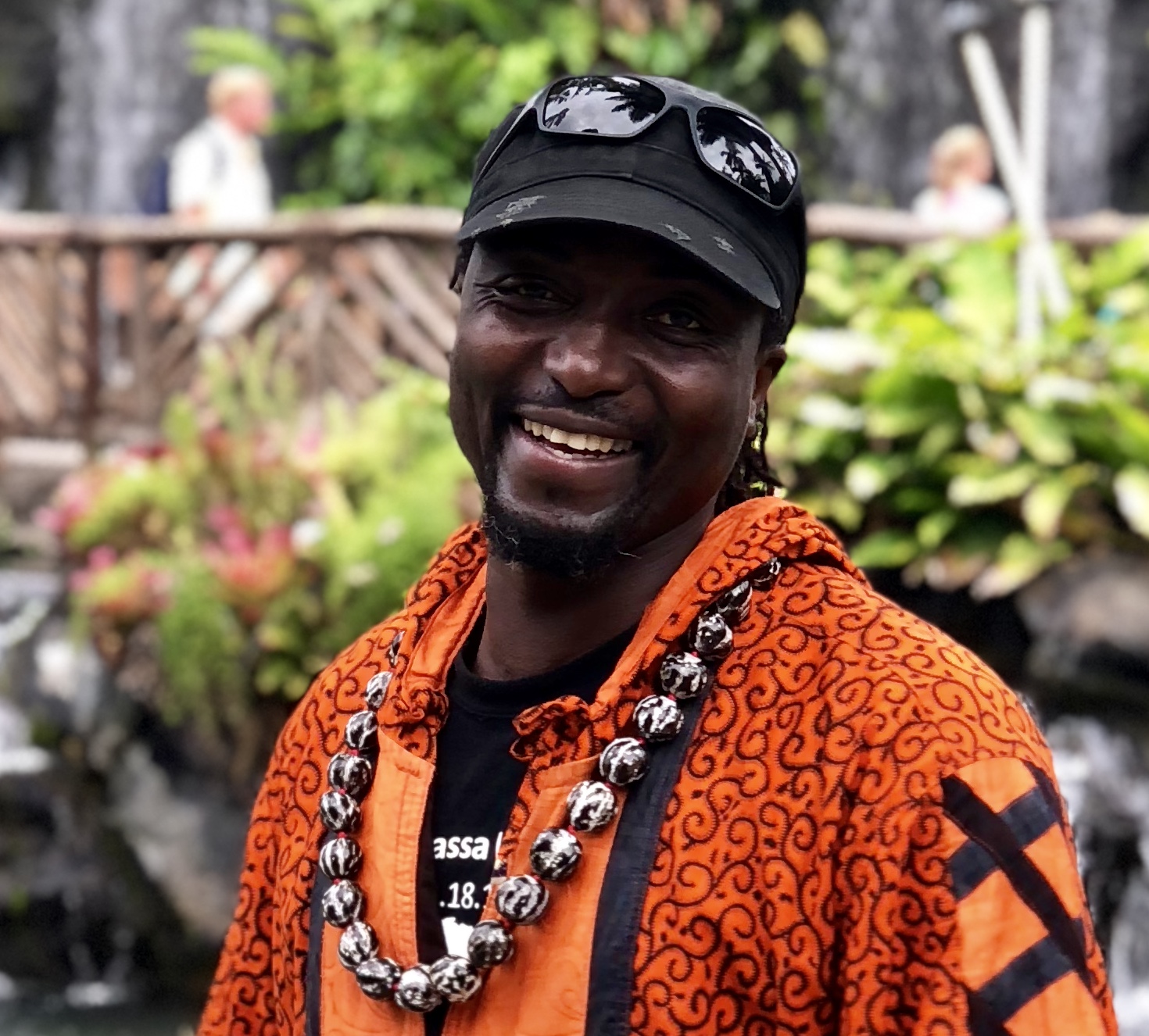 Karim Koumbassa is a musician, dancer, choreographer, director, and instrument maker from Guinea, West Africa. Most importantly, he is a father, a son, a brother, an uncle and nephew to so many back in Conakry. As a founding member of Guinea Kids, he has never stopped providing support to the children of his community.

Get all latest content delivered to your email a few times a year.